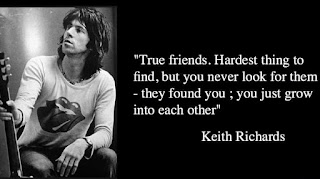 Posted by M Tamburo (A Vehicle for Change) at 8:45 AM No comments:

Happy holidays! I write with an update on our building project. Even with the power shutoffs and the recent rains, our construction crews have made good progress on the building. If you haven't seen it lately, I encourage you to stop by as it is almost fully framed. Below are several recent photos of the construction. 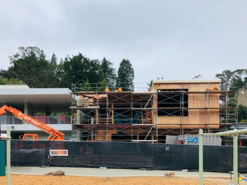 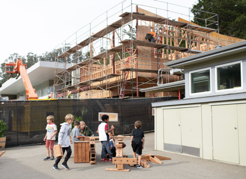 Since the summer site preparation and demolition work, Fisher Development, the general contractor for the project, has prepared and poured the concrete perimeter foundation and slab, and shotcreted (sprayed on concrete) the back wall of the building. Delivery of rebar and concrete went smoothly and was carefully coordinated to avoid both neighborhood commute times as well as school drop-off and pick-up routines.

Immediately following the concrete placement, framing of the structure commenced, including both wood and steel columns and beams. Crews recently framed a majority of the roof and applied the waterproof membrane, just before the first heavy rains of the season fell. Completing the remaining roof and other framing will continue as weather permits.

With the superstructure nearing completion, the crew will focus on installing the building's exterior finishes, including plaster and clapboard siding, as well as doors and windows. The next few months will focus on the interior of the building, including mechanical, electrical, and plumbing work. Neighbors can expect about the same level of noise and number of deliveries as we've experienced recently.

Completion date of the project remains in late May. Of course, I will update you if this changes.

Posted by Homestead Volunteers at 9:03 AM No comments:

March 2020, to be held in Northern California.
For more information and to register,
please visit:
http://communitybuilt.org/ 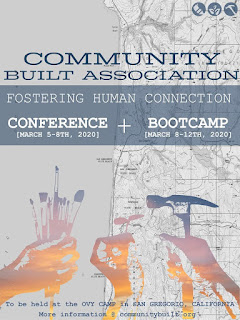 Posted by M Tamburo (A Vehicle for Change) at 9:02 AM No comments:

Losing the News: The Decimation of Local News and the Search for Solutions

If given an opportunity to support local "watchdog" journalism, would you take it?
Posted by M Tamburo (A Vehicle for Change) at 11:38 PM No comments:

Posted by Homestead Volunteers at 9:48 PM No comments:

Lisa Kindred Is On to Her Next Gig

https://www.marinij.com/2019/11/16/the-life-and-death-of-lisa-kindred-a-marin-blues-singer-with-a-big-voice-and-a-big-heart/
Posted by M Tamburo (A Vehicle for Change) at 8:05 AM No comments: 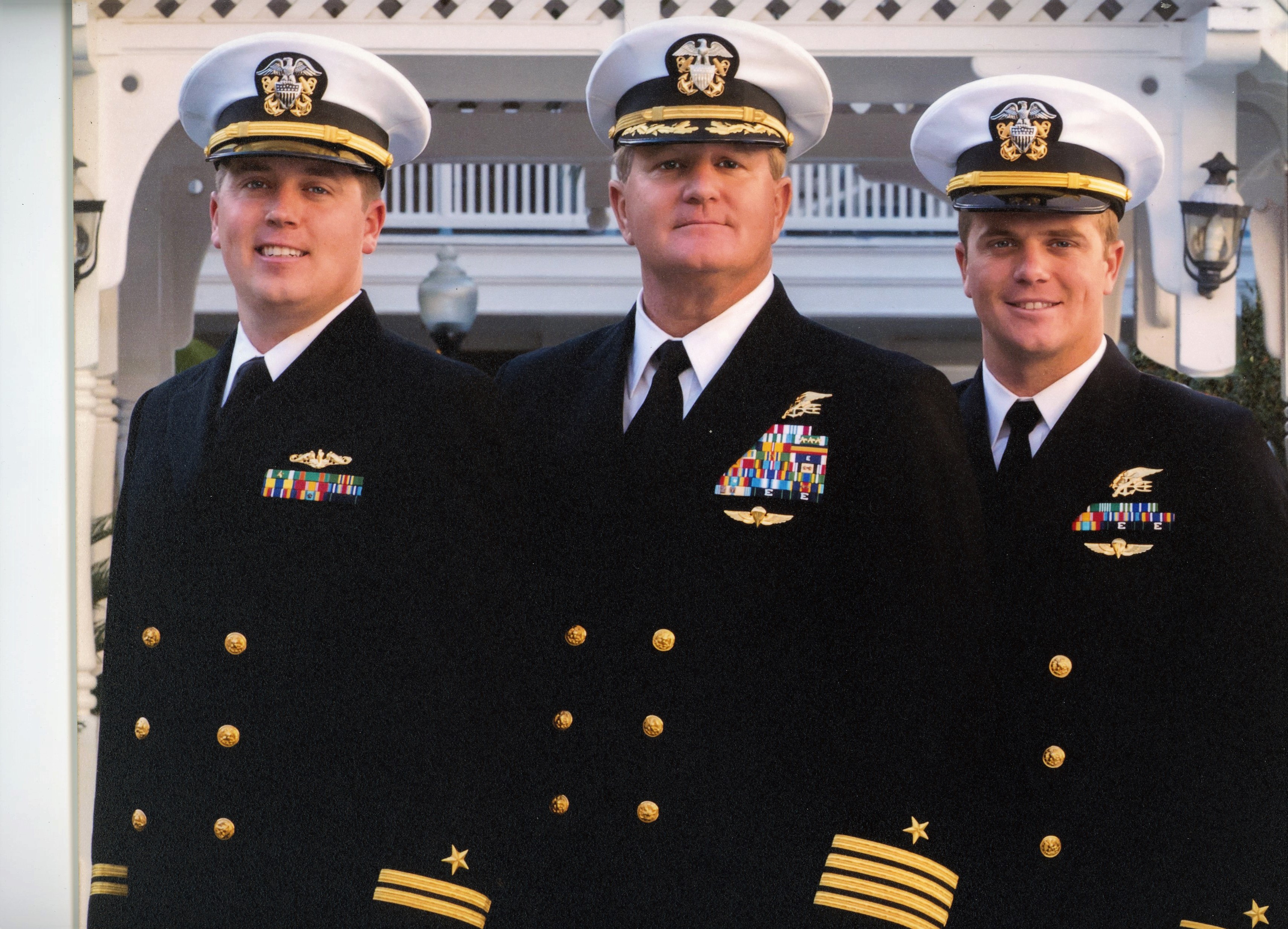 Retired Navy Captain Richard Sisk, the keynote speaker for the Veterans Day ceremony, is flanked by his sons Brian (left) and Sean (right).
Captain Richard Sisk was commissioned in 1981 through the Navy Officer Candidate School in Newport, RI, and retired in 2014 as deputy commander of a Joint Special Operations Task Force based in Bahrain. He held a variety of intelligence and training positions, he and managed four special warfare reserve units during the course of his career, including SEAL Teams 1, 3 and 5. A 10-year civilian career was interrupted by a recall to active duty during Operation Iraqi Freedom. Today he works in a civilian capacity as a global force manager for Naval Special Warfare Command in Coronado, CA.
The ceremony, which begins at 9:30 a.m., will mark in the 101st anniversary of the World War I armistice agreement, which was signed in the 11th hour on the 11th day of the 11th month in 1918. A free barbecue lunch for veterans and their families will be offered afterward immediately after the traditional ceremonies just outside the Veterans’ Memorial Auditorium.
The annual Veterans Day event, presented by the Marin County United Veterans Council[External] and sponsored by the County of Marin, honors all Americans who served in the line of duty with our military forces, with a special emphasis on Marin’s own heroes. Event officials are actively seeking veterans from recent overseas conflicts in the Middle East to attend the ceremony and become active in Marin’s veterans groups.
Patriotic songs will played by the Las Gallinas Valley Sanitary District Non-Marching Band[External], aka the Sewer Band, to begin the ceremony. Later, Marin-based vocalist/actor Susan Zelinsky and her students from Sun Valley Elementary will sing the national anthem and “God Bless America.” Cadets from the U.S. Air Force Junior Reserve Officers Training Corps[External] (ROTC) based at Novato High School will present the colors.
The indoor session begins with music at 9:30 a.m., and the official ceremony begins at 10. After the indoor ceremony, the program continues outdoors in front of the memorials on the Avenue of the Flags. A moment of silence will be observed and wreaths will be laid at the foot of the statues to honor fallen comrades. Refreshments will be served in the Redwood Foyer of the Marin Veterans’ Memorial Auditorium after the outdoor event.
Note that the event’s start time 30 minutes earlier than the annual Memorial Day event so as to accommodate the playing of “Taps” at the start of the 11th hour of the day, as per tradition. For more information on the morning ceremonies, contact Ray Mullin of the Marin County United Veterans Council at rayzer44@yahoo.com[External].
The Marin County Veterans Services Office of the Marin County Department of Health and Human Services (HHS) has a staff of four people to provide timely assistance to the estimated 12,000 military vets living in the county. Veterans’ most acute needs are in applying for federal benefits, pension claims and health care services. Most veterans need more assistance as they get older, and new veterans from recent foreign conflicts need aid as they assimilate back to civilian life.
The Veterans Services Office is at 10 North San Pedro Road in San Rafael, across the street from the Marin County Civic Center. Learn more about the Veterans Service Office at www.marinhhs.org/veterans-services.
Posted by M Tamburo (A Vehicle for Change) at 6:46 AM No comments:

Posted by Homestead Volunteers at 8:58 AM No comments:

Please attend if you can, and forward to your networks. The residents of Golden Gate Village need allies and support.

Four housing and development projects are proposed in Marin City. The first two are imminent and urgent; the second two are preliminary.
1) The plan for a private developer to build in Golden Gate Village;
2) The plan for Donahue Highlands;
3) The plan for a new Health & Wellness Center facility;
4) The plan for the CDC's Empowerment Clubhouse Building at 441 Drake Ave.

The MLK Coalition believes it's important to have community conversations about these proposed developments NOW. So we will have short presentations on each plan and then break out into small tables to share a meal and have conversation about these plans.
This will be a potluck dinner; please bring what you can for yourself and others. For more details and to RSVP so we know how many people to plan for:  https://www.eventbrite.com/e/mlk-coalition-community-conversation-tickets-79919923643

Even if you can't attend this event, please consider taking the following actions:

1. The Golden Gate Village Resident Council has written a letter (read it here) outlining their concerns and demands of the MHA. If you and/or your organization are in support, please indicate so by signing onto this Google Doc.
2. Attend the Marin Housing Authority meeting on Tue, Nov 19 at 1:30 PM, Civic Center, Rm 330, where your support for the GGV Resident Plan will be critical. The county is moving ahead with its plans to hire a private developer against the direct wishes of the residents.
3. Please share this email with others and ask them to sign onto the Google Doc to support the Golden Gate Village Resident Council.
Posted by Homestead Volunteers at 8:58 AM No comments: